I've been thinking a lot about the color green lately.

There are several reasons for this:

It is my friend Holly's favorite color and since I was her guest for a week in Aspen, I was inspired.  Green is Oprah's favorite color, so of course, I'm a fan.  Money is green and I'm partial to that.

But, the main reason is Aspen -- everything is SO green!  Tons of shades of green and it is just lush city!

I've always liked lots of different colors -- probably red and yellow have been my long time crushes, but blue made a recent appearance in my life too.  But I may be making a change...

Winnie is seven years old and her favorite color is green.  She grew up as the oldest of 3 kiddos, but her life has been anything but clean.

Winnie grew up in a home with drug addicts who only cared about themselves and their next high.  The adults who were supposed to love and care for her only cared about being numb.  The house she lived in was filthy and strange people were passed out everywhere.  Winnie tried to care for her little brothers, but she was just too small.  She didn't think adults ever noticed her because they mostly didn't. One day she and her brothers were so hungry that they walked into a convenience store and Winnie decided to steal some food.  She knew it was wrong, but adults didn't ever seem to see her, so she took some chips (onion flavored because the package was green), and tried to walk out the door.  The clerk stopped her and called the police.  Winnie told the officers that the adults in her life took drugs, so the cops raided the house, but first called Dallas County CPS to take the children.

Winnie's life has changed now.  She and her brothers live with a paternal cousin in East Dallas.  Her CPS caseworker is coming to our Back-to-School Drive at Community Partners of Dallas to get Winnie a green backpack and new uniforms for first grade at her new school.  Winnie still loves green, but now she knows that onion is not her favorite potato chip.

Green is good and so is Winnie.  Me too! 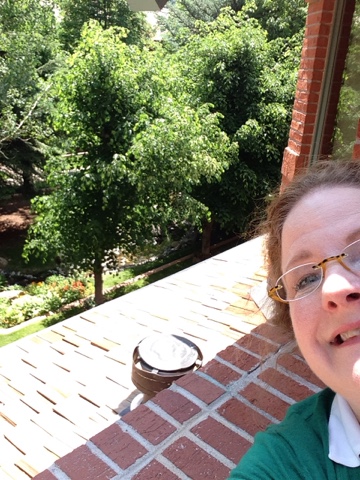 Posted by Paige McDaniel at 1:56 PM