I have a dream too. 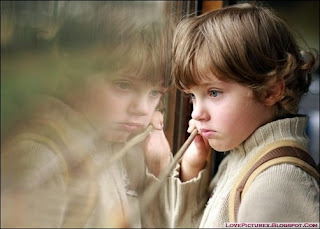 It is the 50th anniversary of the great I Have a Dream Speech by Dr. Martin Luther King, Jr.

The Today Show is asking people to put their dreams out there for all to see, so you know if Matt and Al want me to do something, I'm going to do it -- so here it is:

I have a dream that kids are safe.

In order for my dream to come true, we need to make some changes in this country.  Here's a short list:
My dream is huge, I know.  Dr. King's was huge too.

It's not going to happen overnight. 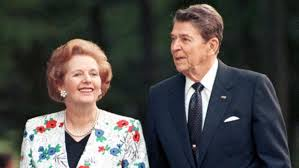 My new favorite phrase came to me a couple of months ago through my friend Janis.  We were at lunch and I was telling her about some exchange at work with a staff member (truly, I don't even remember what it was about anymore) and she said "OH -- you need this phrase -- as Margaret Thatcher said to Ronald Reagan, 'Ronnie, this is a notification, NOT a negotiation.'"

OMG -- I have gotten so much mileage out of this phrase.  I LOVE it -- perfect when dealing with kids, family, husbands, staff members, friends, anyone -- I use it a lot.

Anyway, since I was going to write about it today, I decided to look it up on Google and while I still love the phrase, the original phrase and it's meaning weren't exactly what I thought...

I listened to an interview that James A. Baker gave when Thatcher died earlier this year and he was speaking about the great relationship that Prime Minister Thatcher and President Reagan had enjoyed.  Baker spoke about how their relationship was "seamless" and that they never disagreed on anything.  Reagan even asked Thatcher to speak for him on behalf of both countries.  Baker also said that their close relationship "changed the arc of history".

Well, anyway, back to the phrase.  Baker said that the only time he could even think of that Thatcher and Reagan disagreed was when Reagan decided to invade Grenada (it was a former part of the UK).  Reagan called Thatcher the night before to tell her the US was going in and Thatcher replied, "<So,> Ronnie, this is a notification, not a consultation." -- so the words were slightly different, and the meaning different (at least to me).

Originally, I assumed that Thatcher was telling Ronnie the way it was, but instead she was shocked that they weren't consulting (or as in my preferred un-quote -- negotiating).  Funny how words can be changed to fit the meaning you prefer -- and I do prefer my original and will keep it that way :)

So, I tell you all this to put my new favorite phrase out there for you to use -- you won't believe how much it comes in handy, people -- use it in a conversation today!

And in honor of the deep and good friendship of Ronnie and Mags, I want to thank my friend and co-worker Joanna Clarke.

Like Reagan-Thatcher, McDaniel-Clarke have a seamless and amazing friendship and working relationship.  We may disagree a little more than they did, but I rely on Joanna to give me advice, counsel, and consultation often.  And while I may sometimes decide that I am giving her a notification (And she has certainly notified me a few times too -- ha!), we have changed the arc for Community Partners of Dallas together.  In October, we will have worked together for 7 years and I am planning on many, many more. 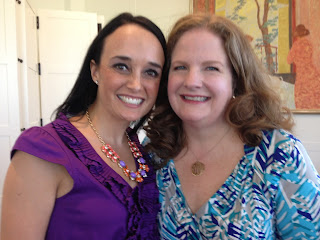 Quick Tips for Working with Volunteers and Staff Members

Back to my Secrets of Non-Profit Management Series today!

Not many non-profit executives are going to say this, but I'm gonna...

We trust our staff members more than we trust you to finish the job.

Yes, you heard me -- sometimes volunteers just don't measure up. 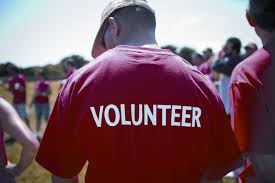 Now of course, there are exceptions to this Secret -- I have worked with great volunteers (especially board chairs and executive committee members) and have also hired a few crappy staff members -- but mostly, the staff members win every time.

I know what you're thinking -- Well, duh, Paige -- your staff members are getting PAID to organize the warehouse, complete the spreadsheet, call the event donors, and well, we volunteers are not.

True dat.  We do pay our staff members (Not as much as they need or deserve, of course -- we're a non-profit, after all, so remember the economic scale, people...) and volunteers are just that -- volunteering for no pay.

But, the reason I'm telling you this today is two fold:
It may sound like I'm bashing volunteers today, but I love volunteers.  We couldn't do what we do without you and many of you are amazingly helpful.  We need volunteers desperately, so keep helping your favorite charities!

And if you are a staff member of a non-profit, I'm not letting you off the hook either.

As a staff member working with volunteers, you need to just know that you are going to pick up any and all slack they leave for you.  And as my mother would say -- be sweet about it.  Don't bitch and moan and certainly don't ever speak negatively about that volunteer who isn't getting the job done.  You knew this job was dangerous when you took it.

And you are responsible for the outcome.  But let the volunteer take all the credit.  Your boss knows who finished the job.
Posted by Paige McDaniel at 10:32 AM No comments:

Mine was yesterday -- 52 years young.

NOTE:  Just writing that makes me want to vomit -- the young part, not the age part.  I come from a long line of women who tell their age.  I have always been proud of my mom (and my grandmother before her) for that.

Why do we celebrate birthdays?

Why do we want to get older?  It just means more wrinkles and more body break-down.

NOTE:  My left knee was so sore yesterday that I had to pull out the Voltaren Gel last night and rub it on.  My left wrist is hurting today.  And I have something in my right eye.  Life is hell.

The other thing about celebrating birthdays is you end up with sweet wonderful friends and family who bring cakes, cupcakes, flowers, and more and they make you wear a hat and take your picture. 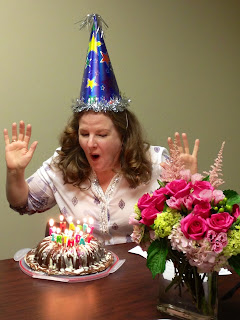 NOTE:  Stephanie is a fantastic cook, so if you're going to celebrate, be sure she is invited to the party...

A birthday is just another day for me.  Just another Tuesday in August.  Hot as hell.  The circus is in town.  I know this because the circus is always in Dallas on my birthday.

I had lots of birthday parties at the circus.  I also had swimming pool parties, costume parties, slumber parties, and more.

NOTE:  I even had a toga slumber party in 6th grade -- all the girls came as goddesses.  This was long before Animal House made toga parties de rigueur.  True!  Ask Susan Cleaver Hardaway about it!

Kids do need parties and need to celebrate.  I was lucky enough to have a great mom who made sure that my childhood birthdays were fabulous.

That's why Community Partners of Dallas provides gift cards to CPS caseworkers to take kids out to McDonald's or Dave & Busters or the Dallas Zoo or just to Sally Beauty Supply.  To celebrate a little.

Maybe it's because I've had so many wonderful birthdays that I don't care about them anymore.

But I certainly care whether a kid gets one.  I bet you do too.  Please visit www.CommunityPartnersDallas.org to celebrate.
Posted by Paige McDaniel at 8:09 AM No comments:

Sorry that I missed last week's post, gang.  I had every intention of writing one last week while on vacation, but the best laid plans...

Anyway, here we go with a new Four Favs.  If you have missed any of my other Favorites, click here for the most recent:  http://blog.paigemcdaniel.org/2013/06/four-favorite-things-i-love-right-now.html

My friends will not be surprised that I have one thing on my mind today:  BIRTHDAY TIME, SUCKERS!  Yes, it is that time of year again -- my birthday is rapidly approaching -- so I thought for this Four Favs post I'd give you some of my go-to gifts to give to girlfriends.

NOTE:  Of course, I realize that the timing of this post is rather self-serving, but I write this blog for free, people.  And as my friend Priscilla used to say "If you can't take advantage of your friends, who can you take advantage of?"

NOTE:  Not sure that the Priscilla quote fits the occasion, but I love it.  Priscilla was and is a trip.

So, without further adieu...
What are your Four Favs?

P.S.  I'm having trouble posting pictures on the blog today -- I have one for each of my favs, but for some reason can only get this one to upload and I can't get it to turn.  Ugh.  Just when I think I have all of the technology down, I'm reminded of why this stuff is such a pain. 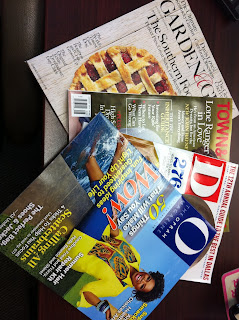