Why do people lie?

As an adult and a Christian, I really do try not to lie.  I feel it is part of my duty to be honest -- in fact the other day I told my brother that integrity is the most important thing to me in business.  I want to be honest at all times and I want to patronize businesses that do the same.  Stuff like the American Airlines pilots pretend sick-out makes me sick.

NOTE:  I really know nothing about the American Airlines problem and shouldn't even be commenting on it since I know nothing, but I write a blog and I can, so take it or leave it.  I do, however, know that the plumber who came to my house the other day is totally for the pilots and he thinks they should continue the lies and bullshit (my words, not the plumber's).  You see the plumber used to be a truck driver and had lots to tell me about unions and Texas and about how no truckers want to drive in Texas.  I wanted to ask him why people keep moving here and why he moved here (see this http://www.cnbc.com/id/47818860/Texas_Is_America_s_Top_State_for_Business_2012), but I just told him thanks for teaching me something about right-to-work states.  He taught me that I love them even more, but that is another blog...

Sometimes I think we feel like we have to lie -- you know the answer to "Do I look fat in this?" type of thing -- and sometimes I lie too, but mostly once I grew up, I stopped.

NOTE:  To me "Grew Up" means about 35 years old.  I never said that I was perfect, people.

Children are held to a different standard on my lie-meter, of course.  They lie about grades, homework being finished, boyfriends, makeup, what they ate for lunch, etc.  I did all of this and more and I know that kids still do it today.  Truly, if I had kids, I know that there are some things that I would rather not know about, as long as it isn't dangerous or life-changing.  Does it really matter if her homework doesn't get done once in awhile or if he and his friends went to a movie instead of studying that night?

Stephanie lied because her mother threatened to kill her baby brother if Stephanie didn't lie.

Luckily, Stephanie's teacher was a lie-detector and now Stephanie and her brother are living with their grandmother.  Stephanie doesn't have to lie anymore.

P.S.  My #FundraisingFriday gift is going to Trinity River Mission.  They are educating our future non-lying adults!
Posted by Paige McDaniel at 9:31 AM 2 comments: 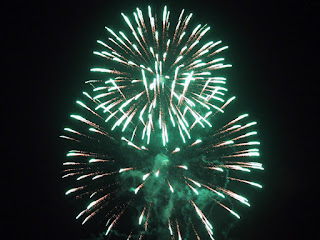 Time for another list of my 4 Favs -- there are so many that it is actually hard to decide...  What a wonderful world we live in!

If you missed any of the past Four Favorite posts, click here for the most recent:  http://blog.paigemcdaniel.org/2012/08/four-favorite-things-i-love-right-now.html?spref=fb

OK, let's get down to business:
What are your favs?

P.S.  Sending my #FundraisingFriday gift to the Girl Scouts this week.  Being prepared has always helped me to get ahead!
Posted by Paige McDaniel at 9:05 AM No comments:

Tips for Staying Young From A Not So Old Lady

I'm headed to a friend's retirement party this evening.

When did I get old enough for that?

Now, please know that my friend is retiring earlier than most people (God knows that I'll probably be working until age 75 if they'll have me.) and she is a bit older than I am, but really,

I AM NOT OLD ENOUGH FOR THIS!

All of you youngsters who are reading this blog need to be told now that your mind will never feel much older than when you were in college.  As your life continues your dreams may evolve and your friendships will ebb and flow, but really you'll still feel young.  At least I do.

So, here are my tips for staying young:
Thanks for reading and I'd love any tips you have to stay young in the comments.  My #FundRaisingFriday gift is going to CPD tomorrow during Donor Bridge -- why not raise a few more bucks for the kiddos?

P.S.  I didn't list it, but another way that I stay young is by using exclamation points -- ha!
Posted by Paige McDaniel at 2:06 PM 2 comments:

Hugh Jackman is Staring at Me

Hugh Jackman is staring at me right now, even as I write this post.

I promise you he is -- come to my office and I'll show you.  Actually, he'll stare at you too.  I have a poster of him in my office from when my friend Jill and I saw him on Broadway last year.

NOTE:  That man works a crowd -- believe me, he lost 5 pounds just during the hour and half we were with him.  Go and see him if you ever get the opportunity.  Great entertainer.

When Hugh first came to the office with me, I looked at him a lot.  We joked around the office that people were just coming to meet with me so they could see Hugh -- Ann was particularly interested in my feedback on her financial reports for a couple of weeks -- and we all had fun with our resident man in the building.

But that was then.  Nothing has changed, but now I rarely even notice Hugh.  He's still staring, but I just don't notice.  Hugh is no longer new.

Something new makes us all excited, I think.  Of course Hugh makes some of us more excited than others, but I digress...

A new idea gets our creative juices flowing.  A new delicious treat (Lately I'm loving the apricot oatmeal bars from Whole Foods -- yum!) tastes fantastic.  A new dress makes us look way better than we did just 5 minutes before.

I'm not saying it's right, but in my mind it is a pretty universal truth -- new is good.

And if you are a child who has been abused, you need something new because that new outfit is going to help you to feel special and yes, good.

Thanks for helping us provide new stuff for kids involved with CPS through our Rainbow Room Program.  It matters a lot.  If you want to make a donation, go to our website at www.CommunityPartnersDallas.org and click on the donate now button.  I did for my #FundraisingFriday gift. Posted by Paige McDaniel at 9:27 AM No comments: