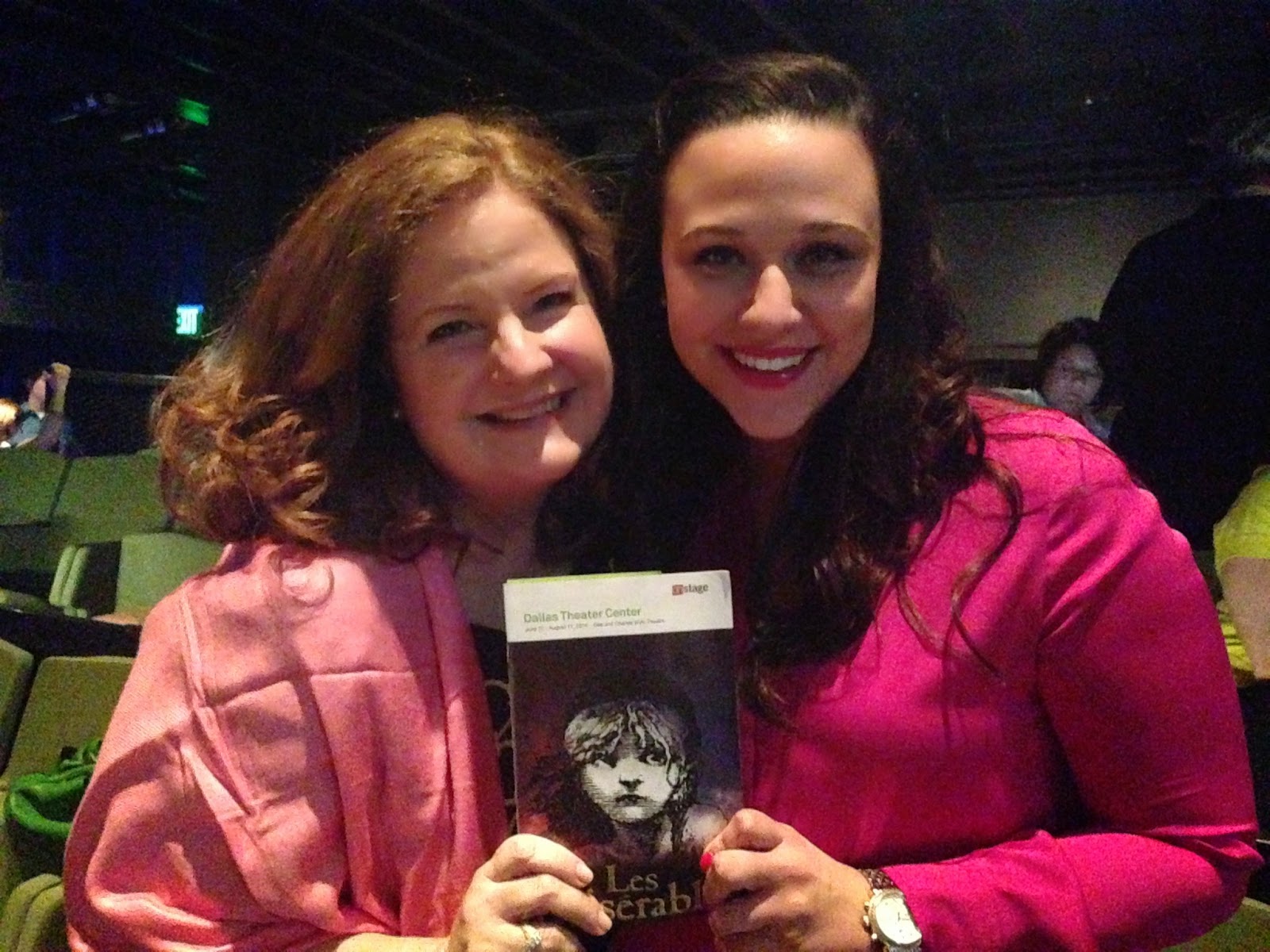 You probably already know that I love the theatre (notice how I spelled theatre if you have any questions) and luckily I have enough money to see lots of shows.  I budget so I can enjoy season subscriptions to lots of local companies, as well as getting myself to NYC at least once a year.  And the best part is that I have friends who enjoy doing this with me, so we have girls night out a couple of times a month for dinner, then a show.  Heaven!

NOTE:  My regular theatre buddies are Jill, Maria, Helen, and Christie. I also go with my mom and now with my niece Katie back in town, I'm ready for even more.  Watertower or Lyric Stage anyone?

DTC just makes me think.  Last night we saw their production of Les Miserables and I loved it.  It is one of my favorite shows ever and it was really fun to see what a local company would do with my favorite show.  They set it in modern day instead of the Marie Antoinette days of old, so instead of shooting bayonettes, they shot handguns.  The hilarious innkeeper and his wife stole iphones and samsonite luggage from unsuspecting patrons in suits and jogging outfits.  Super fun.

If you don't know much about the story, the young male hero (Marius) ends up fighting a battle for the people during the French Revolution in Paris.  In DTC's present day production the battle seemed to be over more current topics such as the homeless, veterans affairs -- many different topics with no particular focus.  I am not a student of the French Revolution (and even though it is my favorite musical, I've never even read Hugo's book <chagrin>), so maybe the battle had no focus then either -- but I had always thought it was about the treatment of the poor by Marie and her cronies.

So last night while I'm watching this updated version of the show at DTC and see all of the unfocused contemporary moral problems that supposedly started the students and Marius fighting the police in the streets, I just kept thinking that winning a war without a focus would be hard.  To really get people behind something, you need a single enemy -- or at least a single cause to get them riled up.

Now, if the DTC show had been put on just a few weeks later in the year, they could have really said something and focused Marius and the boys on a revolution relating to the surge of young migrants from Central America crossing the border into Texas.

That's a fight for the miserables (apparently) soon to be among us.

Posted by Paige McDaniel at 9:25 AM