What I know about "The Girl in the Closet"

It happened on June 11, 2001.  Our community (and the nation) was rocked by the story of Lauren Kavanaugh -- the girl in the closet.

I didn't work for Community Partners of Dallas then, so like most of you I watched Lauren's story on the television and read about it in The Dallas Morning News and just shook my head in horror.

How could people be so sick?

If you've ever held a baby in your arms...

If you've ever had a child run and hug you...

If you've ever had a child look at you like you were the most important person in the world...

How could someone do this to a child -- any living creature?  I wouldn't leave a snake to live in it's own filth and slowly starve to death -- and I really don't like snakes.

If you don't know Lauren's story, The Dallas Morning News is publishing a series about her every day this week and is running it on the front page -- above the fold -- check it out here:  http://res.dallasnews.com/interactives/2013_October/lauren/

But before you read it, prepare yourself.

You'll have questions, just like I do.  Why did the judge return Lauren to a mother who had given her away? Why didn't CPS officials keep better tabs on this family?  Why didn't a family member, a neighbor, anyone, talk?  Why, why, why?

When I started working at CPD in March of 2002, Lauren's story was still discussed and I heard that she hoarded food, but that was about it.  CPD still received a toy periodically from the public mailed to the CPS office and addressed to "The Girl in the Closet".  We passed them along to her caseworker.

But, time goes by and the horror fades.

New children took Lauren's place:  the little girl who's mother super glued her hands to the wall, the 10 year old boy named Johnathan who was starved to death in 2012, and more.

I want to thank Scott Farwell and The Dallas Morning News for this series.  Because of CPS confidentiality laws, even I don't usually get to hear about what happens to a child after the abuse has stopped.

But I do know one thing for certain -- there are more Laurens out there. 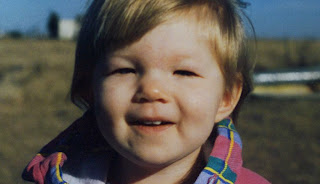 Posted by Paige McDaniel at 1:37 PM

Email ThisBlogThis!Share to TwitterShare to FacebookShare to Pinterest
Labels: Girl in the Closet, Lauren Kavanaugh, The Dallas Morning News, www.CommunityPartnersDallas.org