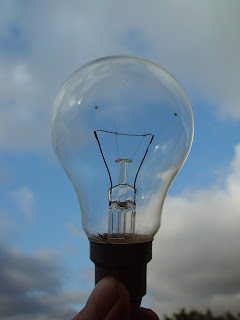 My brother and I went down to the Neiman Marcus downtown on December 26.  We went because our mother had given me a bottle of perfume and my brother a bottle of cologne and we wanted to smell them before opening the package in case we wanted to trade them in for a smell that we preferred.
The store wasn’t too crowded (the reason we chose to go downtown instead of to NorthPark) and it was fun to see the store and look around a little.  The thing that stood out to me was the gal who was working at the men’s cologne counter.  She was darling and sweet and even though she knew that we weren’t going to buy anything, she went out of her way to make sure that we had a great experience – even providing my brother with some great samples of other colognes that she made up herself while we waited and chatted.  She had just gotten a new puppy and so we talked about that, about my brother’s dog (the best dog in the world, bar none), etc.  She had worked both Christmas Eve and the day after Christmas, so she had not been able to see her out-of-town family for the holiday.
Many other people in her situation would not have been so nice – see what happens the next time you go to the Post Office – but is the difference because of the NM training, or is it the individual?
Now I know that Neiman Marcus has great customer service and training for their employees (I am a product of their training – it was my first job after college.), and NM is known the world over for it.  The Container Store is another example of great training, combined with an employee-first culture.  But the more I think about it, I think the individual employee is what makes the difference.
You can give someone the best training in the world, but if they are an unhappy person, it will show.  If they are a person who feels put-upon, woe-is-me, what’s-in-it-for-me, and so on, they are never going to be the right employee.
So, let’s surround ourselves with happy people in 2012.  It shows.
Posted by Paige McDaniel at 10:05 AM